A downloadable visual novel for Windows, macOS, Linux, and Android

During the ‘90s rural migration in China, rumors spread of an "inescapable" abandoned village on one of the Shengsi Islands. A young woman named Song Anna decides to hunt this village down, but during her hike she stumbles and falls into thick fog. When she comes to, Song Anna finds herself in the village...and she’s not alone.

One Halloween night in 2010s United States, Aayla and Najwa, two college students in a relationship, receive a call from Aayla’s little sister Deja asking for them to pick her up from a party. They’re roped into dropping off two of Deja’s friends, one of which seems oddly tense. On their way to their first stop, they get lost in the neighborhood, and soon find themselves in an empty copy...

In the 2030s, the United Nations contracts a tech company to build floating cities for displaced climate refugees, which become infamous for their "survivor lottery" systems. One such city floating in the Atlantic Ocean suddenly experiences an unusual power outage. Two plant maintenance workers, Tara and Anzu, their third polycule member Kiran, and the Director of Island Operations go down to investigate, and what they find is...

Three Lilies and Their Ghost Stories is a kinetic (choice-less) story anthology originally conceptualized for the Spooktober 2020 jam. Featuring three distinct supernatural stories (a romance, a horror, and a sci-fi thriller) and girl x girl pairings, Three Lilies has something for every ghost- and yuri-loving visual novel reader.

I think my fave is suburb, but very hard to pick tbh!

thanks for the stories! i didn't watched any of the referenced movies but i like the relationships they're really sweet and love wins each time :D 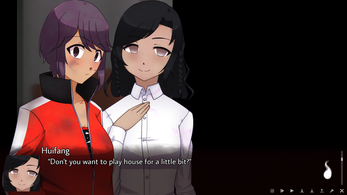 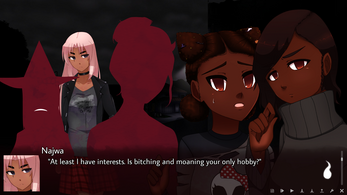 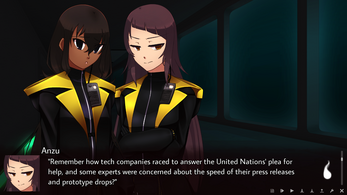 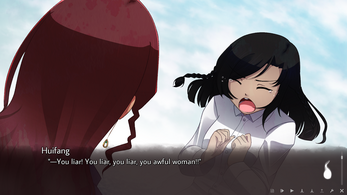 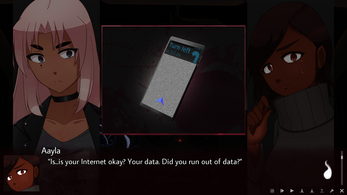 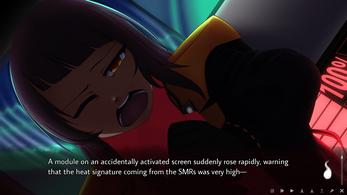